[My Minimalism Story] Try this to find your writing joy + productivity

🌙 Minimalism and creativity go hand-in-hand. When I went minimalist, I got more than a capsule wardrobe. Can minimalism make you a better writer, too?

[My Minimalism Story] Try this to find your writing joy + productivity

Minimalism and creativity go hand-in-hand. This is how I learned that.

I never expected it would go this far. I just wanted to look put-together every day without having to think about it too much.

I was 26 years old, living in upstate NY where it snows about 9 months a year, and I was constantly wrapped up in arctic-grade coats and boots. I was sad and I felt frumpy. I thought if I could just feel good about how I looked, I’d feel good about my life, too.

When I got my first ‘real’ job, I bought your standard workwear, but I felt out of place in them. Navy trousers just… were not me. Frankly, neither was anything else I wore. In all the photos of me in workwear from my early twenties, I look like a kid playing dress up.

I’d been a big fan of French Girl Style for a while. I loved the simplicity of style that many French women had. There was Clémence Poésy’s tailored-casual looks. Emmanuelle Alt‘s undying and beautiful commitment to no purse, black and slim-fit pants. Inès de la Fressange’s signature crops and flats. They were all so casual (exactly what the boho girl in me wanted), yet they looked so polished, tailored, and put-together.

If I could be that put-together, then I’ll stop feeling blah all the time.

So I studied up on capsule wardrobes and curated my own French Girl Style Uniform by basically throwing out 90% of my clothes.

Unfortunately, I still looked like a hot mess. A cold mess, actually, since it was winter in NY. This French Girl wardrobe wasn’t quite working.

The French Girl capsule wardrobe wasn’t working for me, but I did really like how tidy my closet looked. It made it so much easier for me to pick out what I was going to wear every morning.

And eventually, I did figure it out. It just took a few months of trial and error to find the style that worked for me + was also easy to put together.

So while it took a few iterations to find my style, I succeeded in an even more important way:

I got rid of daily decision fatigue and started feeling more refreshed in the mornings. And that made me wonder…

Could Minimalism make other parts of my life better? Like writing?

Things were coming together for my closet and I was feeling pretty great about every outfit I put together. If having a curated closet meant that everything went with everything else and I didn’t even have to be fully awake in order to get dressed for work, then what would happen if I curated other areas of my life?

If I applied that attitude to my whole life, then how much easier, fuller, and aesthetically pleasing it would be?

Pin this for later ⤵

My first project was sorting through all of my books and donating the ones I didn’t need.

I wasn’t ever going to read most of them again. I just liked the idea of having a library. But that’s the problem with how we live: We get too caught up in having things and forget all about having value. I’d been keeping books I didn’t love…even holding onto ones I was never going to read.

If I was a Minimalist, then I’d always look great. My apartment would be attractive. I’d save some cash.

True. But if that’s your only motivation then it’s not going to work for you. You can’t just buy a blazer, white shirt, and black pumps to master French style, and likewise, you can’t just donate all your things to Goodwill to master Minimalism. Minimalism is a process, and it doesn’t end. It’s a conscious reaffirming to yourself every day to choose only what you need and love. It’s not a state you reach once and exist in forever.

After all, if you throw out all your clothes, you’re going to have to buy more. Without a foundation, a reason for starting over, you’ll end up right back where you started.

I thought I was getting into Minimalism to look cooler when I got dressed. I didn’t realize until some months later that I was getting something entirely different out of it.

And Why I Decided to Stick with Minimalism

The unpleasing aesthetics of clutter was a big motivator for me when I finally transitioned from only worrying about having a nice wardrobe to also thinking of having a nice life. It was my gateway drug into Minimalism.

I’d gotten rid of a bunch of crap and I was stoked on the white space it left behind. I’d grown up in a very cluttered house, and I hated to be around it, so my environment was never too cluttered, but I was amazed by how much better I felt when it was even less so.

Fewer things collecting dust. Fewer things to vacuum around. Not having to move boxes to find what I wanted. My closet not so jam-packed I couldn’t stuff another hanger in. It was all so relieving.

And that, really, was why I stuck with Minimalism. I felt so much better. I wasn’t worried as much. My anxiety was slowly decreasing. I came home and didn’t immediately feel overwhelmed by all the shit I needed to clean.

Instead, I had the time and motivation to create. And that was something I hadn’t felt in a long time. Adulting is not easy.

Despite best efforts, I have made mistakes with my Minimalism journey, and not just a few. I’ve thrown out things I thought I’d never wear again, only to miss them when I realized I couldn’t get by wearing just orange, gold, and red.

I’ve left myself without a single cardigan. I’ve had an entire closet devoid of black because it wasn’t autumn enough. I’ve had to learn how to do pour-overs half-awake because I donated my coffee maker and then sold my Keurig.

Some of these mistakes turned out to not be mistakes at all, like the coffee one. Having to actually make each cup of coffee makes me less likely to coffee-binge on weekends. And while I always used my own coffee grounds and the DIY cup for the Keurig (instead of the pods), I still hated what it represented: mindless waste.

But my Minimalism mistakes aren’t part of the learning curve. They were just products of not knowing myself and being impatient. It didn’t help that, at first, I had no idea what I really wanted or why I was doing it.

There were (are!) also areas that I’ve really struggled with.

Letting go of certain things has been really hard. Art supplies (even though I rarely paint or draw anymore). Sentimental things — trinkets and jewelry my grandmother owned but never really cared for and that even I didn’t like. Paperwork/documents (that I was putting off digitizing).

When you get started with Minimalism, you’ll probably feel that, too. And when you’ve been a Minimalist for years, you’ll probably still feel it. Our nature makes us want to hold onto things. Just in case, it tells us. We have to make the conscious decision (again and again) to rule our subconscious ‘just in case’ thoughts with our conscious mind.

The bottom line with Minimalist living struggles is that they’re expected and they’re okay. Don’t beat yourself up over it. Acknowledge the struggle, evaluate if it’s real or subconscious, and decide to act one way or another.

How It Changed Me

My life has become so much easier, so much more productive, and so much more rewarding since I began. And I’m not even a complete Minimalist yet; there are still areas I struggle with.

The funny thing is, I love to shop.

Maybe not the actual spending money part, but the window shopping? The internet browsing? The fashion mag stalking? Definitely still part of me. It’s another one of my struggles, but not because it adds to my stuff, but because it takes away from my productive time. This is part of who I am, and it’s a way that I unwind, so I don’t know if it will ever change.

But the thing about Minimalism is that you decide what your level will be.

My level is small wardrobe, few decorative objects, no paper clutter, a clear inbox, no ‘saved to read later’ bookmarks, and so on. But I choose to let myself ‘waste time’ with the occasional window shopping. And I choose to have a job, an iPhone, and 2 really annoy cats.

The most surprising part about this journey, to me, is that along the way, my life was upheaved half a dozen times and I was able to keep going without too much of a mental breakdown.

I ended a long-term relationship, I tried online dating with odd and often hilarious results, I started dating a friend and then immediately took a job across the country while he still had a year left in grad school (Nathan is so patient), and through a series of weird situations, had to move 3 times in half a year. I managed to keep it together, and to be so honest with you, I think Minimalism was a huge part of that.

The more I got rid of, the freer I felt. And the more I accomplished with what was really important to me — my own Magnum Opus, my novel.

How will your story start?

Thus began my journey into Minimalism. I haven’t looked back since, and if you join me, I know you’ll love it, too. Are you ready to give it a shot? You just need 3 things to make minimalism work for your writing life:

The important thing is what the process taught me about Minimalism + creativity. 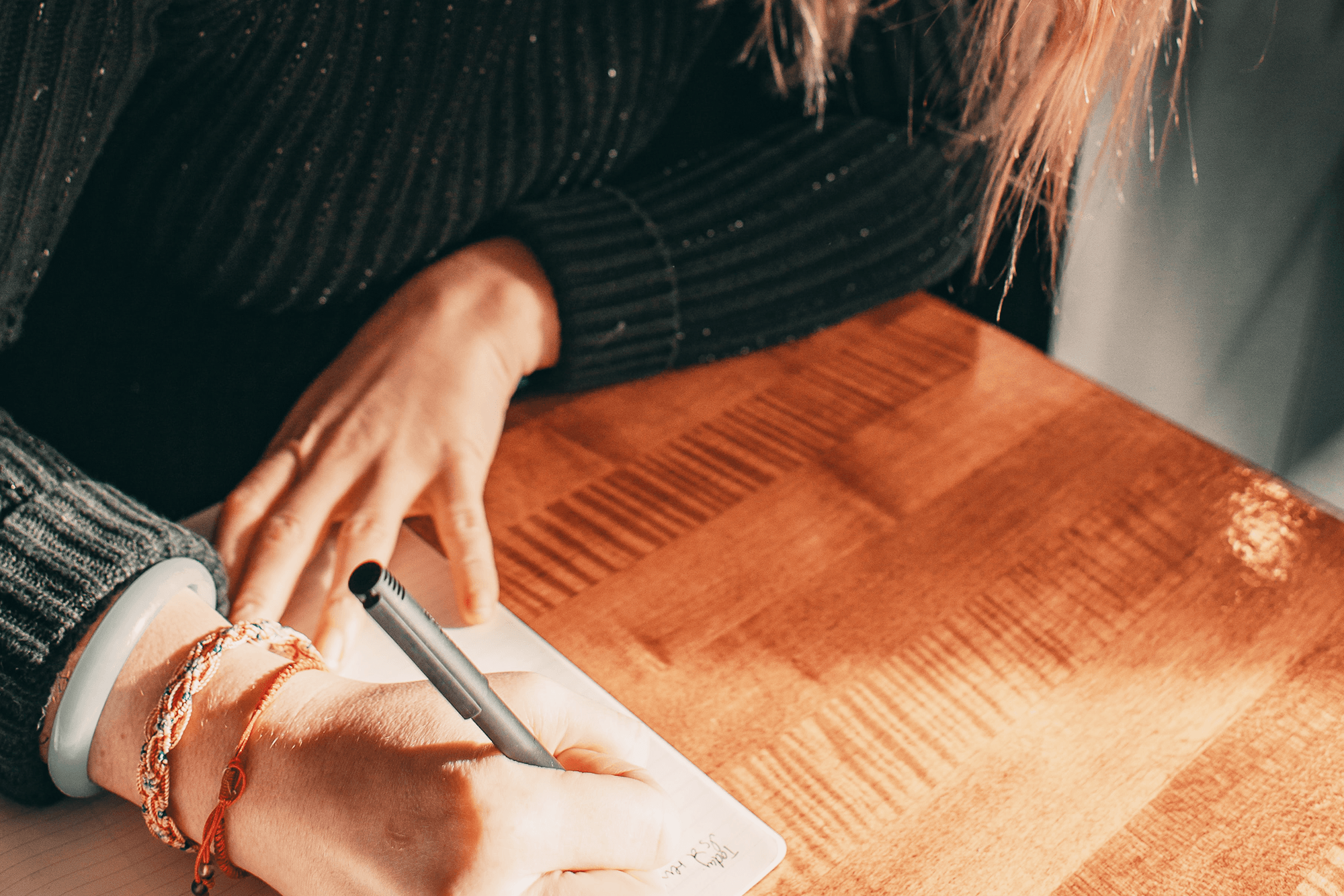 7 things that will ruin your writing confidence + writing impostor syndrome 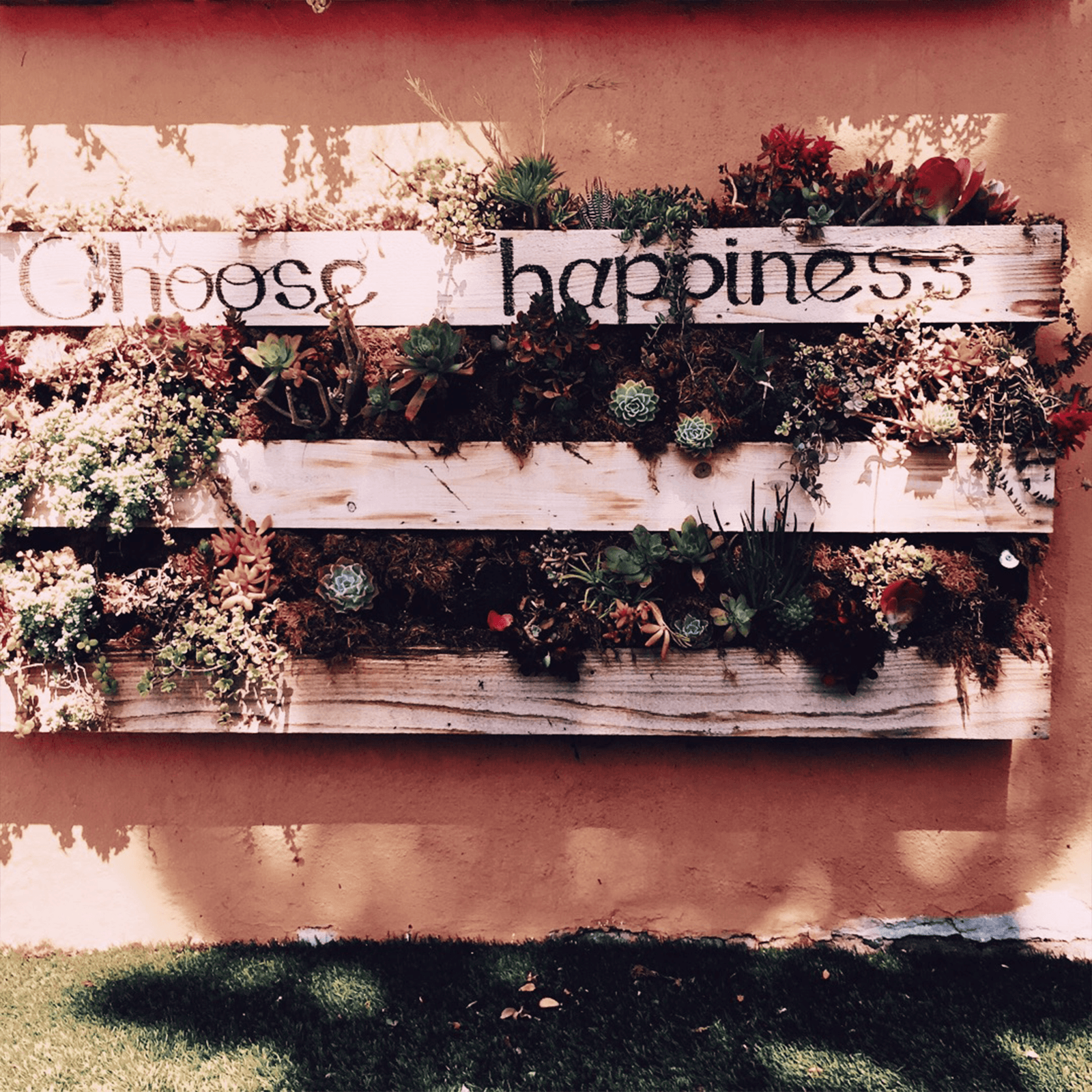 7 Rituals to Make You a Happier Writer 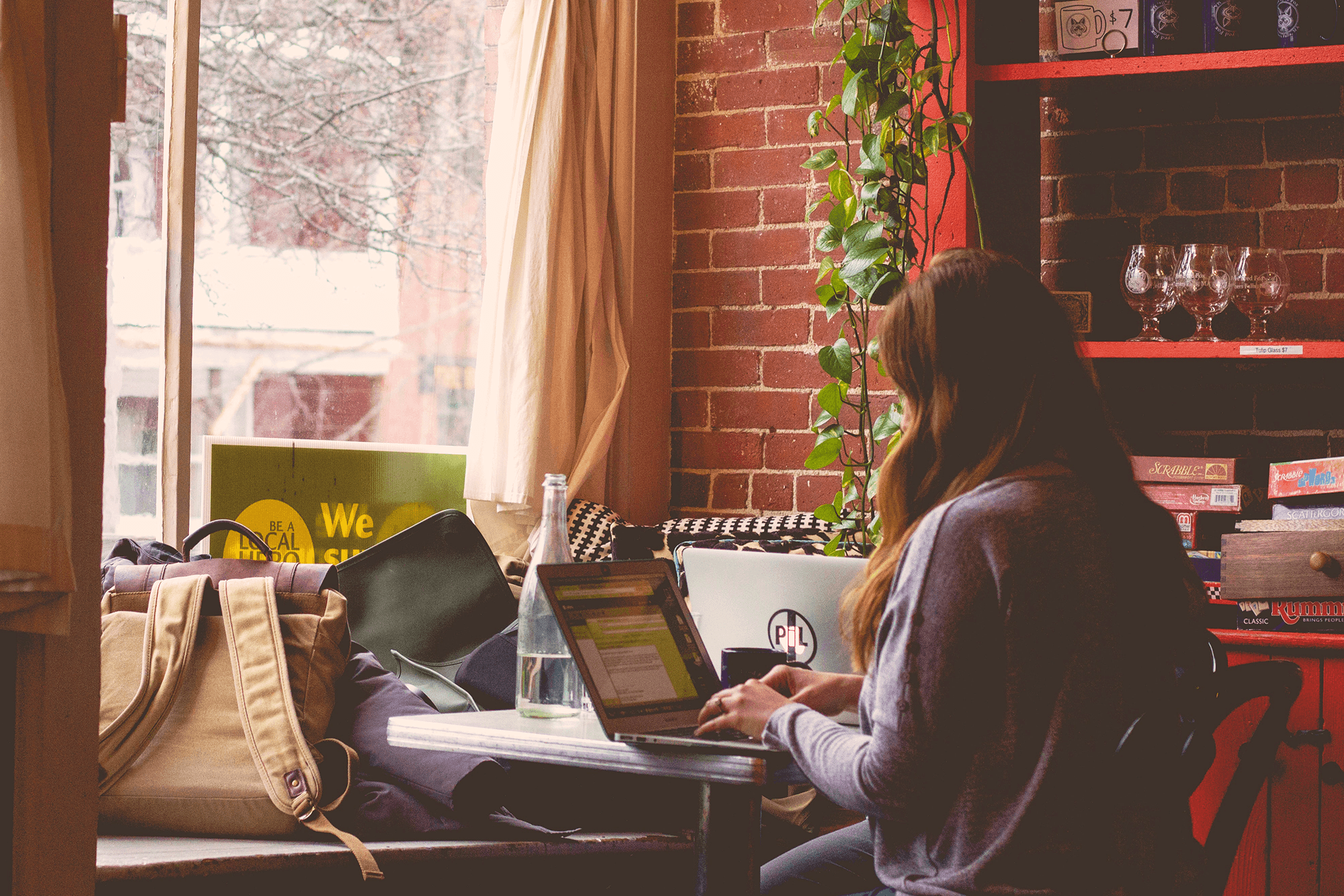