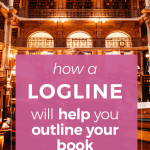 🌙 When people ask "What's your book about?" does your answer involve a lot of ums and ahs? Because if it does, you need a novel logline first. Here's how.

Okay, let’s start this out with a quick FYI on the difference between a novel logline and a novel tagline. They can be super confusing, so I want to make sure we start off on the same page:

You will most likely (eventually) need a tagline, but we aren’t going to worry about that today because a tagline won’t help you write your novel, but a logline will!

But do you really? Be honest here. What happens when you tell people you’re writing a book and they inevitably ask that dreaded question: “What’s it about?”

Does your answer involve a lot of ums and ahs? Because if it does, you don’t know what your novel is about. You just don’t. I’m sorry. And if you can’t answer this one little question, then how in the world are you actually going to write the damned thing? I want you to picture the hours of agonizing writer’s block you face on a regular basis and ask yourself:

Do I really know what my novel is about?

When you do know what it’s about, writer’s block becomes a thing of the past and you’re able to finish your novel so much faster. So that’s why we need to start with a novel logline before we jump into outlining your novel or, JK Rowling forbid, writing your novel.

You need a novel logline before you write your novel. You just do.

Not only will having a novel logline help you write, it’ll help you explain your book’s premise to all those well-meaning people who say hateful things to you like, “Wow! Tell me about your book!” And it’ll do it in a way that makes your novel actually sound interesting and enticing, rather than confusing and (sorry) boring.

Since I’m doing the #PublicNovel project, we’ll use my current writing project as an example. Here’s how I want to reply when people ask me what it’s about.

Friend or well-meaning family-member: “You’re writing a book?! Wow! What’s it about?”

Me: “Um, well it’s like kind of a modern feminist King Author story, just with the Avalon part. Like, think The Mists of Avalon, but present-day and without MZB’s pedophilia scandals? Basically, the last living descendent of the priestesses of Avalon has to save the world from global warming or else magic will disappear from Earth forever. Except no one has known magic existed since King Arthur’s time, when the Isle of Avalon was destroyed. She has to like, re-find Avalon and then magic, and she also has an out-of-wedlock baby with this guy she meets, and the baby is sort of integral to the plot. It’s a romance. Paranormal.”

Okay so that’s obviously not going to sell it to anyone. It doesn’t even sell it to me, and that’s an even bigger problem because if I can’t describe my novel in one sentence, how the hell am I going to actually write it?

N.B.: Many moons ago, I spent an entire week Googling how to write a good logline. There were hundreds of different formulas and ways to do it. The method I eventually settled on is adapted this from the Killogator Logline formula, but tweaked a bit because I like clearly including stakes…personal preference! This is not the only way to write a logline, but it is a reliably effective way.

Pin this to reference anytime you need! ⤵

I believe in choosing one way and sticking with it until you get really good, rather than toying with a bunch of different methods. You can always change this to suit your needs.

Great, this looks so easy and simple. Let’s put it to the test. Do I actually know what I’m writing about yet? If I do, answering these questions will be super easy. Here’s my initial thoughts and notes on how to answer each of these 5-7 parts with my own current project.

Okay, so now we know what needs to go into a novel, and I have some options for each of these things. Keep in mind, since I haven’t actually written or outlined the novel yet, a lot of these ideas are pretty nebulous in my head. I know sort of, basically what’s going to happen in the novel, but I don’t know exactly. I’m not entirely clear on all the motivations yet, but the beauty of doing this pre-work is that it will make me figure it out.

Now, let’s craft a novel logline that helps you plan out your novel

So as I’ve said, you really need to know before you start writing how to talk about your novel in quick, concise words. Why? Because if you can’t articulate what the story’s about now, then how the hell can you expect to write it? Let’s take a look at my attempts at creating a logline for my current project, tentatively called “That Avalon Series”.

You can put these together in a number of ways, but some options to get you started are:

You want to keep it to about 25 words or less. One to two sentences.

In present-day Lost Angeles, the last daughter of Avalon knows that she must find and bring magic back to the world if she wants to stop global warming from turning it into a wasteland, but she didn’t count on falling in love with the one-night stand that she used to create the magic she needed to succeed.

The last daughter of Avalon has devoted her entire life to waiting for the signal that magic is returning to the world, but with global warming on the rise, time is running out. If she’s to save the world, she must force magic’s return. She didn’t count on falling in love with the one-night stand she needed to create that magic.

A modern-day priestess devotes her life to finding the lost magic of Avalon. Now that global warming threatens magic’s return, she must take drastic measures to ensure it’s not lost forever. She didn’t anticipate the baby or falling in love with the one-night-stand she needed to create the magic.

Okay, 49 words. Not really improving very quickly. What’s the problem? Possibly that I have too many qualifiers in here. Can I get rid of those and still show the skeleton of the story? Let’s see.

A priestess devoted to rediscovering the magic of Avalon. Now that global warming threatens everything, she risks her life to ensure it’s not lost forever. She didn’t anticipate falling in love with the stranger she needed for her ritual.

A priestess devoted to restoring Avalon’s magic risks her life and heart to ensure it’s not lost forever when global warming threatens. She didn’t anticipate falling in love with the stranger she needed for her ritual.

A priestess devoted to rediscovering Avalon risks her life in a ritual to ensure magic’s not lost forever. But then she falls in love with the stranger from her ritual.

30 words! You know what, I’m happy with this! It tells the skeleton of the story, shows that it’s a romance, and also includes high stakes. It’s clear enough that I know where the direction of the story is going and if I use it to answer the dreaded, “What’s it about?” question. It checks all the right boxes:

Hey hey heyyyyy, what’s the best feeling in the world as an author? When you can fit the remaining scenes you need on a post-it note! How close are you to finishing your current WIP?

You might be thinking that I left out a lot of important details about the plot. That’s okay. Many of those can go in the novel blurb, which I’ll talk about next. Think of your novel logline as a way to get your foot in the door. It says only enough to get a potential reader to read more or ask a follow-up question. You want to intrigue your potential audience, but you only have the-snap-of-your-fingers to catch their attention. Once you’ve got that attention, you can tell them about all the cool twists, turns, and subplots in your novel blurb.

I’d love to see your novel loglines! Comment with your best attempt and I’ll highlight a few in an upcoming post!

Luckily for you, I’ve made this super sexy, super easy worksheet to guide you through creating your own novel logline. You can download it below. Don’t forget to head over to the Resources page for more fun stuff.

PrevPreviousShould you listen to music to focus better when you write?
NextHow minimalism can help you overcome Writer’s BlockNext 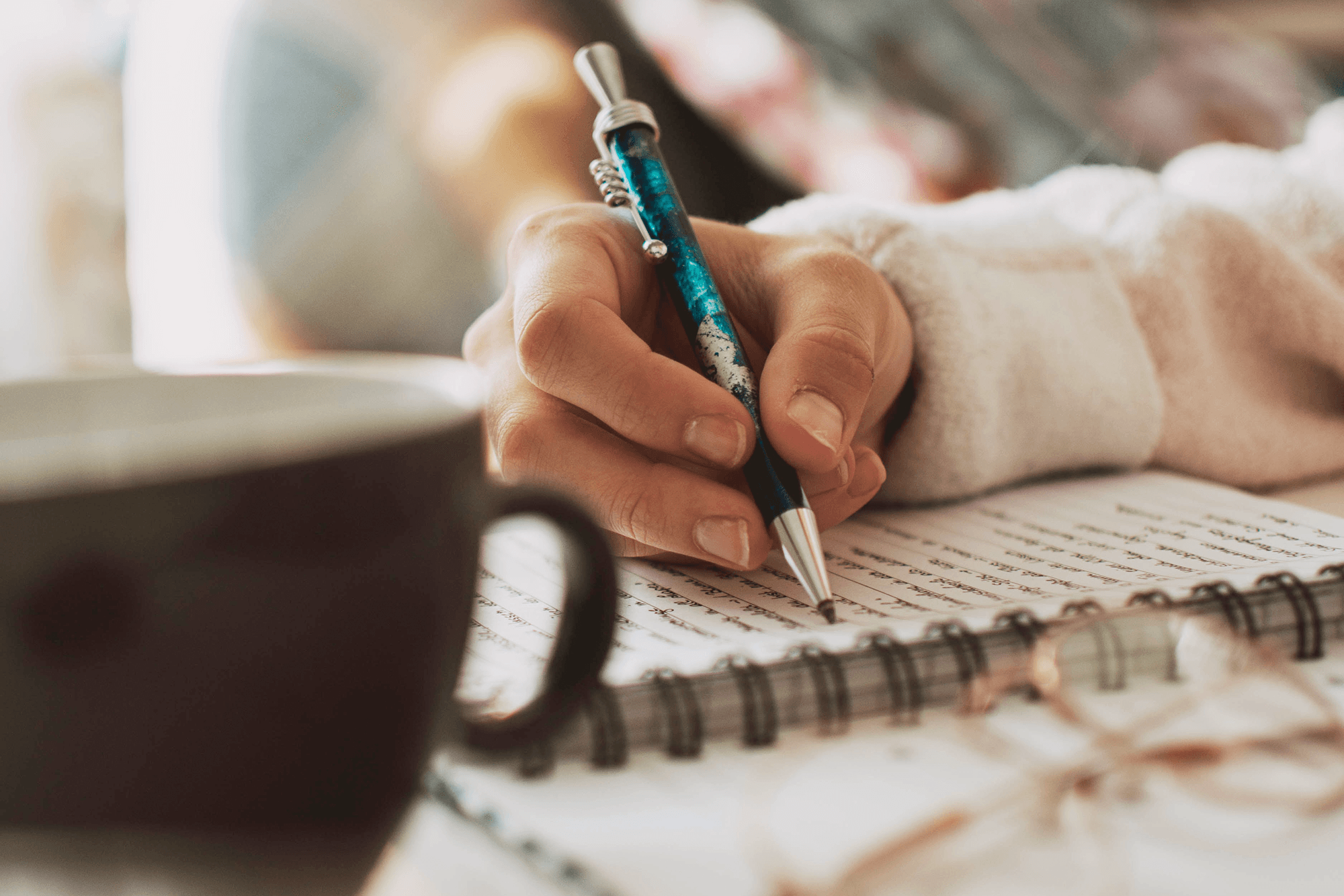 How to use video writing sprints to make writing fun again 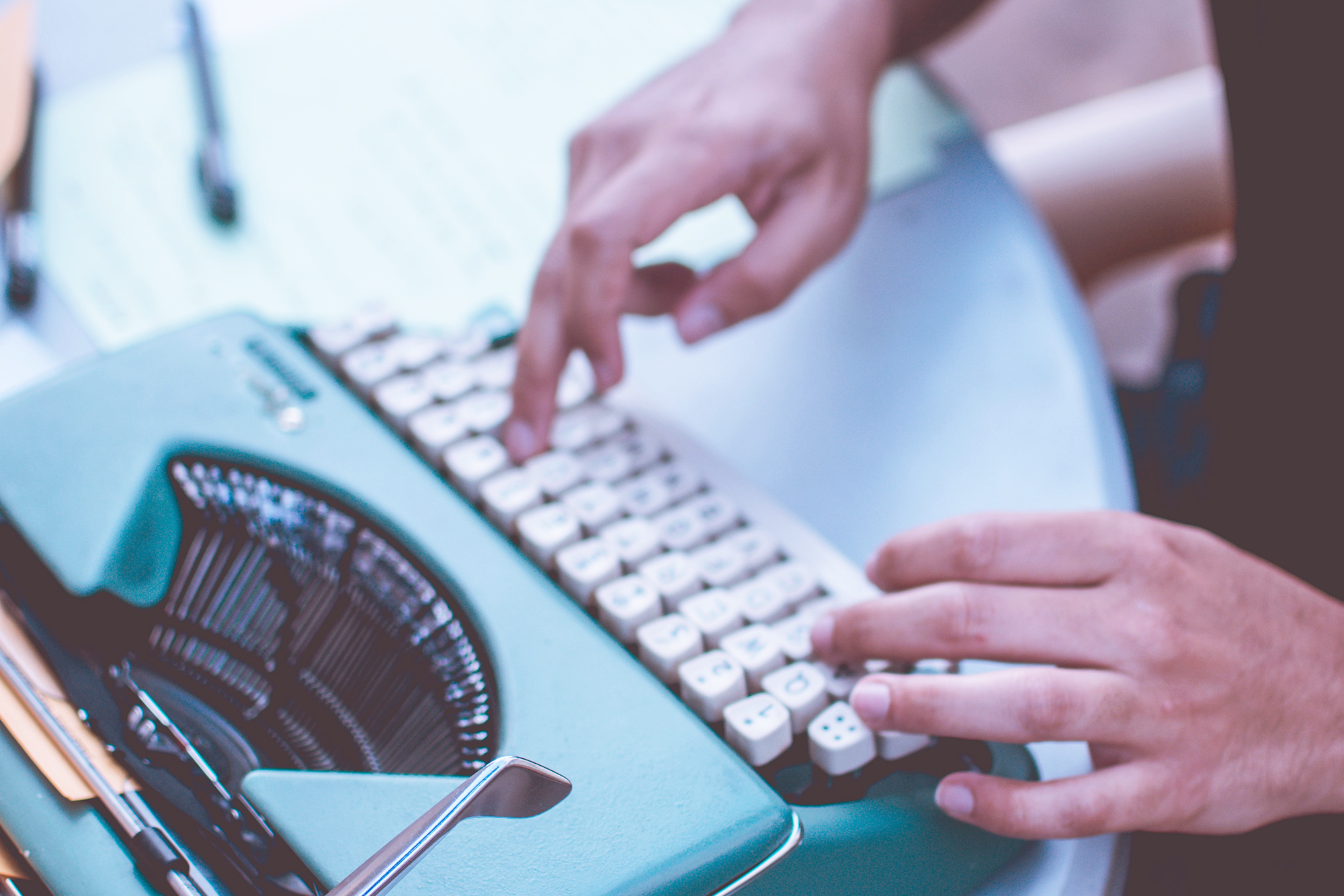